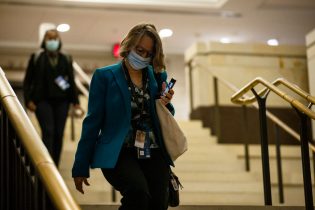 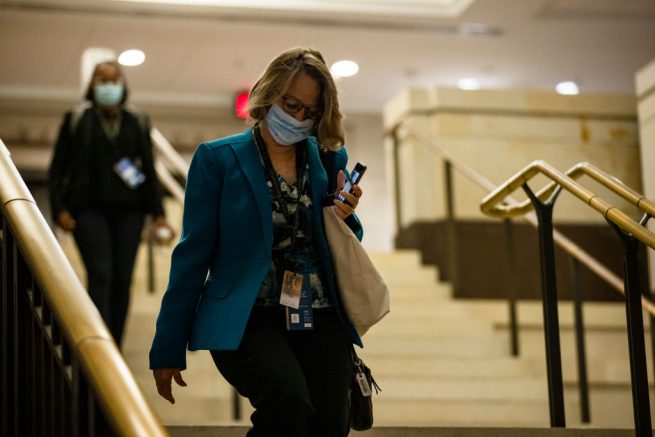 Congresswoman-elect Michelle Fischbach arrives at the U.S. Capitol on November 13, 2020 in Washington, DC. Newly elected members of the House of Representatives are attending orientation at the U.S. Capitol today following the 2020 elections. (Photo by Samuel Corum/Getty Images)

Democrats went into the 2020 elections with the belief they would pick up more seats in Congress due to a second blue wave following the 2018 midterms. However, Republicans took back several seats in the House, a handful of which were from California.

The Golden State Republicans ran on a ticket to lower taxes and support police officers, which seemed to bring them the win in their respective districts. Additionally, Republicans welcomed many freshman congresswomen to the office across the country.

In Minnesota, Rep. Michelle Fischbach (R-Minn.) turned over the Democrat seat from moderate Rep. Collin Peterson (D-Minn.), which represents the overall conservative sway in the district.

First day on the House Floor. I am honored to be able to work here on behalf of #mn07 for the next two years! pic.twitter.com/q8sVQg2NcS

In an upset, state Rep. Nancy Mace (R-S.C.) flipped the Democrat seat by one point in South Carolina. She is the state’s first female representative in Congress.

Proud of the work we did to help elect @NancyMace to her first term in Congress – flipping her South Carolina seat back red where it belongs! pic.twitter.com/CfRZn75J19

In New York, Nicole Malliotakis (R-N.Y.) took back a district encompassing Staten Island, which unseated her Democrat opponent by running against efforts to ‘defund the police.’

While the Democrats maintain their majority in the House,  the addition of more Republican members is promising to the GOP as they look forward to the 2022 election cycle.