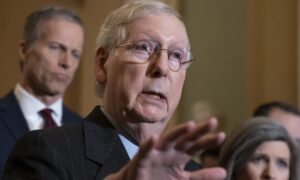 Senate Majority Leader Mitch McConnell (R-Ky.) is moving steadfastly to confirm as many judges as possible to federal courts before the end of the year.

Following the confirmation of Supreme Court Judge Amy Comey Barret, since the election on Nov. 3, the Senate has confirmed 6 federal district court judges.

With the cooperation of the Senate, as of Oct. 1, Trump had appointed 218 federal judges, including 3 Supreme Court justices, 53 Appellate Court judges, and 161 District Court judges.