Bipartisan support is growing on Capitol Hill to limit Big Tech’s ability to monopolize public discourse and censor speech online. According to reports Tuesday, a panel on the House Judiciary Committee have focused-in on at least four major ideas to amend anti-trust laws.

Those changes include setting aside more funding for the Federal Trade Commission and the Department of Justice. It also changes it to where massive companies are assumed to be monopolies and must prove they do not harm market competition.

Both parties also allegedly agree proposed mergers must be vetted to ensure they will not dominate the market. However, Democrats and Republicans still have a long way to go before they can agree on content moderation and liability policies.

Republican lawmakers, including Sen. Ted Cruz (R-Texas), have issued warnings over the increasing power of Big Tech companies. This includes their ability to influence political opinions and their ability to invade users’ privacy.

“But it’s not just profit maximization at the expense of consumers because they’re also monetizing your data, your private data,” Cruz stated. “So Google owns YouTube and they use that to censor free speech, to censor political conduct.”

This comes as major social media giants Facebook and Twitter are taking steps to censor certain news outlets on their websites. 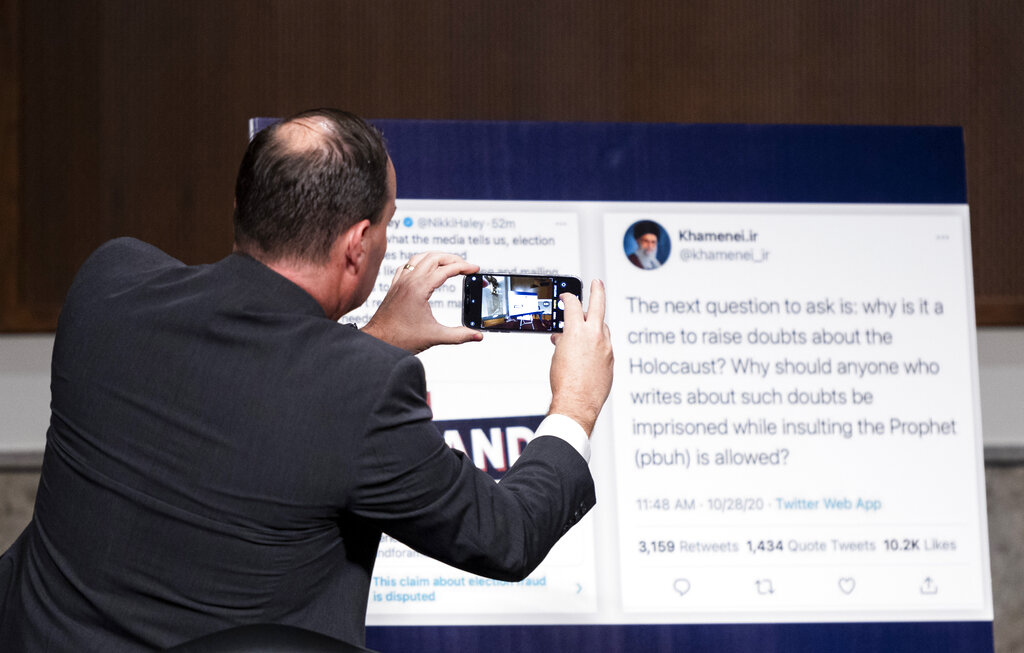 Sen. Mike Lee, R-Utah, takes a photo of a display before a Senate Judiciary Committee hearing on Facebook and Twitter’s actions around the closely contested election on Tuesday, Nov. 17, 2020, in Washington.. (Bill Clark/Pool via AP)

The New York Times reported Tuesday that Facebook employees have proposed enacting a more strict “news ecosystem quality.” This system, known as NEQ, is an algorithm that provides a score to certain news outlets and determines which stories to put at the top or bottom of user’s news feeds.

Additionally, Twitter will reportedly be adding warnings to labels to tweets they consider to be misleading before users are able to like them. The change will reportedly be rolled out on the web and IOS devices this week and Androids in the coming weeks. Twitter started using these warning pop-ups ahead of the November elections.