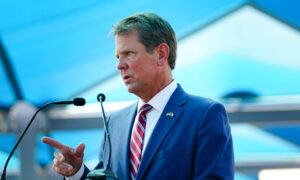 Duncan said that Kemp, a Republican, “is not going to call us into a special session … We’re certainly not going to move the goal posts at this point in the election. We are going to continue to follow the letter of the law,” according to his interview with CNN on Sunday.

Georgia Secretary of State Brad Raffensperger, the embattled top election official in the state, told ABC News that he does not “believe that there’s the will in the general assembly for a special session.’’ Raffensberger also added that after several weeks, he has found no evidence of fraud that would overturn the election.

A Kemp spokesman didn’t respond to requests for comment.

During a rally in Valdosta, Georgia, on Saturday, Trump suggested that Kemp is failing the voters of Georgia.

“Your governor could stop it very easily if he knew what the hell he was doing,” Trump said at the rally. He added: “So far, we haven’t been able to find the people in Georgia willing to do the right thing.”

Some lawmakers in Georgia have also expressed the desire for a special session.

White House press secretary Kayleigh McEnany told Fox News on Sunday that “there is plenty” Kemp can do to look into allegations of fraud.

Kemp and Trump spoke over the phone over the weekend, a Kemp spokesman confirmed to news outlets. They also reportedly spoke about a potential special session, but that has not been confirmed.

The update from Duncan came after a video from Atlanta’s State Farm Arena was presented during a Georgia State Legislature hearing by Trump’s legal team, showing officials pulling ballot container boxes out from beneath a table when poll observers and other election workers were told work was ending for the night on Nov. 3. Trump’s lawyers have alleged it shows election fraud, while Georgia officials have released a series of conflicting statements and have said that it was a routine process.

Kemp described the video as “concerning” and suggested Raffensberger should offer an explanation about what happened.