CDC Official Alleges She Was Ordered to Delete Email 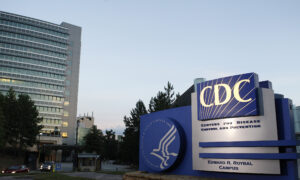 A U.S. Centers for Disease Control and Prevention (CDC) senior manager told congressional investigators this week that she was instructed to delete an email showing a Trump administration appointee attempting to interfere with a scientific report on the CCP (Chinese Communist Party) virus.

According to a partial transcript released by House Majority Whip Rep. James Clyburn (D-S.C.), Dr. Charlotte Kent, Chief of the Scientific Publications Branch and Editor-in-Chief of the Morbidity and Mortality Weekly Report (MMWR) at CDC, testified that she believes the deletion of the email was ordered by CDC Director Robert Redfield.

Kent’s testimony raises “serious concern about what may be deliberate efforts by the Trump administration to conceal and destroy evidence that senior political appointees interfered with career officials’ response to the coronavirus crisis,” Clyburn said.

Clyburn addressed a letter (pdf) to Health and Human Services (HHS) Secretary Alex Azar and Redfield, accusing the Trump administration of attempting to obstruct his investigation. He also threatened to issue subpoenas over the release of documents, saying that despite requests, the panel was not given the email by the department.

In his letter, Clyburn states that Kent told the panel that the Aug. 8 email in question was from HHS senior adviser Dr. Paul Alexander who “demanded that CDC alter or rescind truthful scientific reports he believed were damaging to President Trump.”

According to Politico, who first reported on the incident, Alexander wrote in his email: “CDC to me appears to be writing hit pieces on the administration … CDC tried to report as if once kids get together, there will be spread and this will impact school re-opening … Very misleading by CDC and shame on them. Their aim is clear.”

“I went to look for it after I had been told to delete it, and it was already gone,” Kent said during her testimony, saying that she has “no idea” who deleted the email, and that she found the incident to be “very unusual.”

Kent added that this type of email would “typically” have been retained.

Caputo said of the response to the email in September that it was a group of career scientists at the CDC plotting against President Donald Trump.

At the time, Caputo explained to CNBC that his Office of the Assistant Secretary for Public Affairs reserved the right to clear “virtually all public facing documents for all of its divisions, including CDC.”

“Our intention is to make sure that evidence, science-based data drives policy through this pandemic—not ulterior deep state motives in the bowels of CDC,” he added. The CDC falls under the responsibility of HHS.

In a statement, HHS accused Clyburn’s committee of failing to operate “in good faith,” and branded the federal agency’s portrayal of Kent’s testimony as “irresponsible.”

A statement from the CDC director was also released by HHS. Redfield asserted that he did not order employees to delete the email but said he asked them to ignore it.

“As I testified before Congress, I am fully committed to maintaining the independence of the MMWR, and I stand by that statement,” Redfield said in his statement referring to the Morbidity and Mortality Weekly Report.

The Select Subcommittee on the Coronavirus Crisis is now seeking an interview with Redfield, according to CNN.

#NEW: A @CDCgov career scientist told @COVIDOversight they were instructed to delete an email regarding political interference.

“A @CDCgov career scientist told @COVIDOversight they were instructed to delete an email regarding political interference. We demand the Department end its stonewalling; Dir. Redfield & @HHSgov Sec. Azar must comply with @COVIDOversight‘s investigation. #EndTheInterference,” the House Subcommittee wrote on Twitter.

“Our investigation revealed that a CDC official was told to destroy an email revealing political interference from Trump Administration appointees,” it added. “We will not allow this Administration to continue to obstruct oversight and delay the release of accurate scientific information.”

The CDC and HHS didn’t immediately respond to requests for comment by The Epoch Times.